Virginia State Police contacted the Emergency Towing team at Bee Line Transport to assist with an accident in Madison Heights. A truck was driving along Dixie Airport Road, transporting crates loaded with military tents. As he approached Route 130, it became clear that the tents were not properly secured to the truck. Before the truck driver could do anything, the road was littered with broken up crates and military tents!

Having been thoroughly debriefed by Virginia State Police Department, the emergency towing team arrived at the scene of the accident with a rollback truck and a forklift. The crates had completely blocked the road, so time was of the essence. One by one, they carefully lifted the crates with the forklift and deposited them onto their rollback truck. All the crates were successfully loaded onto the rollback within one hour of the team’s arrival on site!

With the big crates and military tents safely loaded onto the truck, the emergency towing team focused their attention on the debris that was left on the road. Once the debris was cleared and the road deemed safe to drive on, the Bee Line Transport team gave the all clear to Virginia State Police Department, and the road was reopened.

At the customer’s request, the crates containing the military tents were brought back to Bee Line headquarters for overnight storage in their secure facility. Fantastic work out there team! Your quick and thorough response allowed the road to be re-opened in less than 90 minutes. Keep it up! 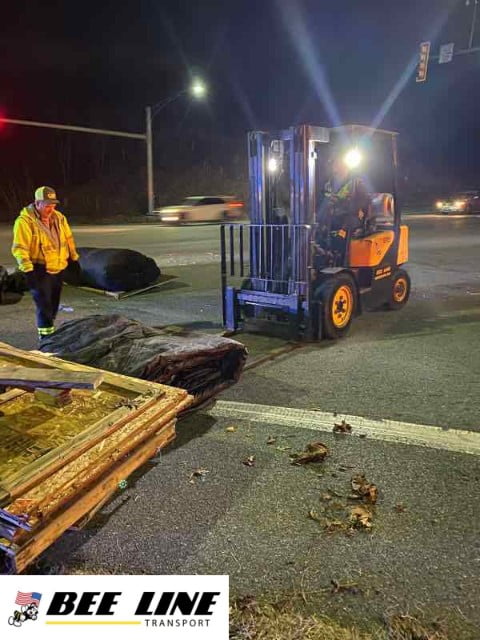 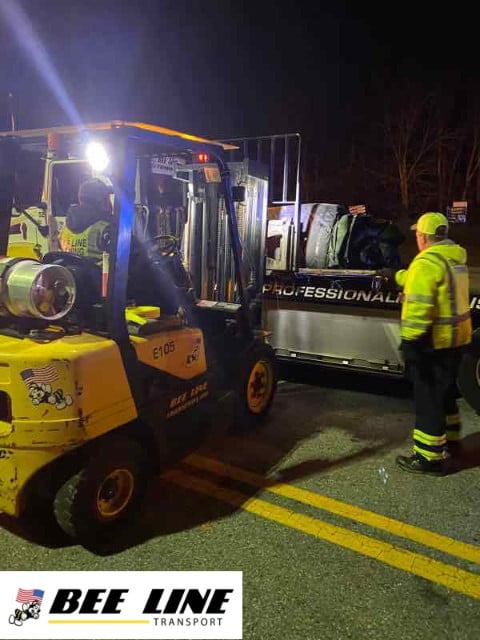 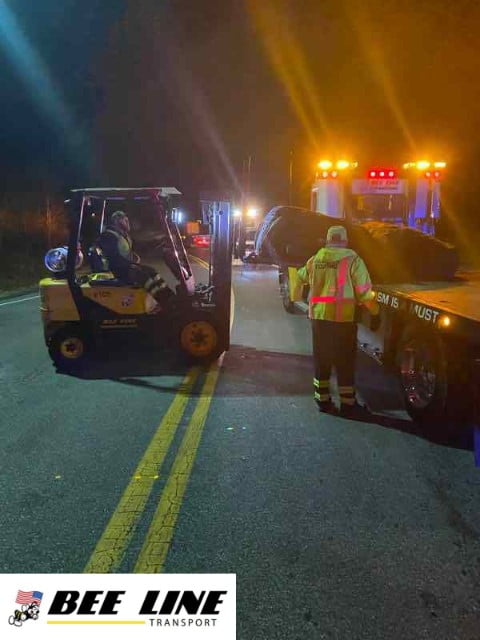